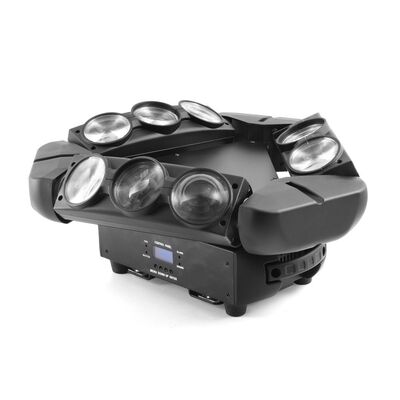 The device is equipped with three independent modules (heads) each with three 10W RGBW LEDs. The unusual design and the possibility of independent rotation of each axis, including the three PAN axes with non limited rotation, allows for lighting effects impossible to create using other devices. The use of a pair of such devices on stage, in a club or disco can replace even a dozen other heads, reflectors or a few scanners.